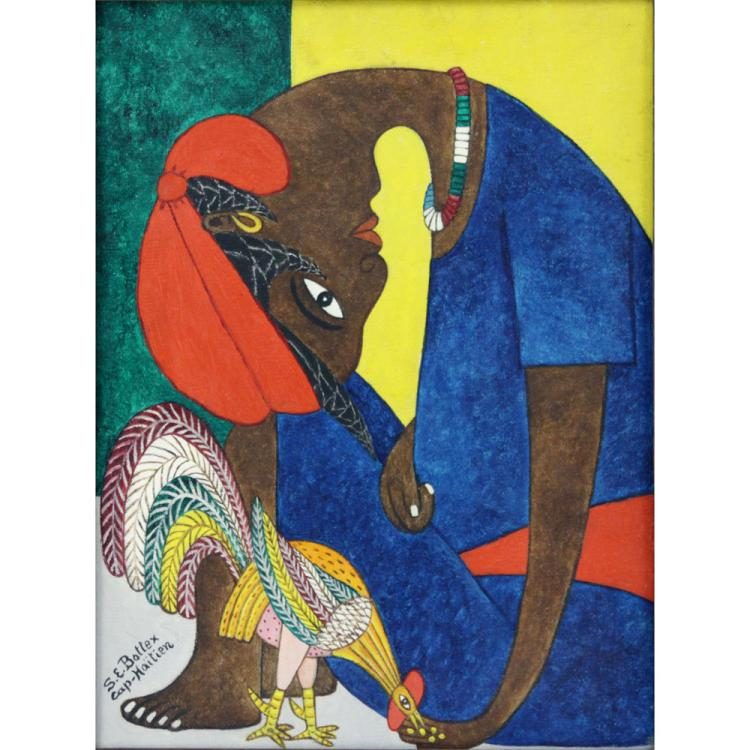 Seymour Etienne Bottex (born 25 December 1922) is a Haitian painter. Born in Port-Margot, in northern Haiti, Bottex worked as a photographer until 1955 when his older brother Jean-Baptiste encouraged him to begin painting. He joined the Centre d’Art and later the Galerie Issa in Port-au-Prince. His paintings, mingling humorous, historical, and biblical themes, are exhibited worldwide and auctioned at Sotheby’s in New York. He is considered one of the finest Haitian naïf painters, and his murals in the Episcopal Cathedral de Sainte Trinité in Port-au-Prince are considered the most important achievement in Haitian modern art.